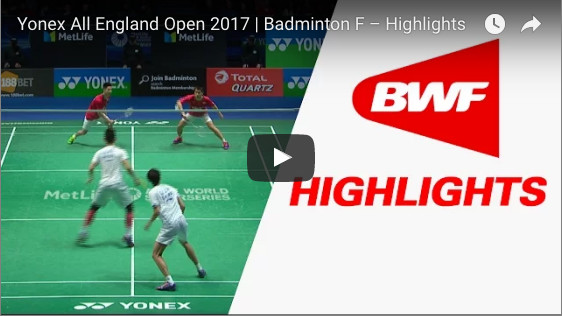 All England Championship for 2017 is finally over, and made some history. For start it’s the first time since 1999 have winners in all categories from different country.

Women’s Singles:
A battle between 2 top seeded player Tai Tzu Ying (Taiwan) and Ratchanok Intanon (Thailand). With Tai manage to seal the win and given her country the first All England Title. Score 21-16, 22-20