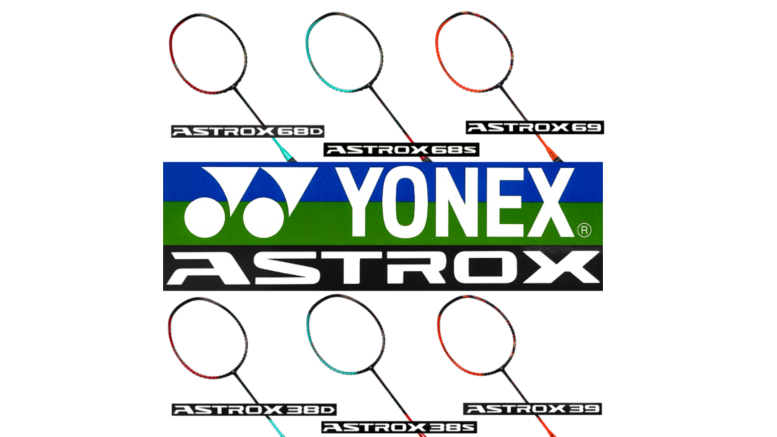 Recently, we have just launched the Yonex Astrox 38S , 38D , 39 , 68S , 68D , 69 badminton rackets and despite the fact that they are sold like hot cakes even before officially launched by Yonex, we have been asked so many times on whether these rackets are genuine.

Some history: When did Astrox join Yonex family?

Well, you may have heard the word ‘Astrox’ since a year ago and it’s been a frenzy among Yonex fans ever since. Since the word can’t be found in dictionaries, it’s a little funny to hear a few versions of its pronunciations.

People are still curious about this particular series and quite sceptical to try out the new Astrox range until we posted the article below earlier (Read the article HERE). They feel more comfortable buying from us just because they are sure that they could get genuine rackets here.

Yonex Astrox 77 is the first racket from Astrox series which we sold and still selling now. Thanks to Yonex because they did a very good job introducing this racket through top Yonex sponsored players such as Saina Nehwal, Ratchanok and Marcus Gideon who played well with Astrox 77.

In the latest badminton scene, we see Kento Momota leading the way by using Yonex’s Latest Astrox 99. Almost all top doubles sponsored players such as Kevin Sanjaya and Marcus Gideon aka the Minions have both switched to using the specially designed doubles rackets, Astrox 88D (Dominate) & Astrox 88S (Skill). All in their easily recognized colors.

Every Yonex Astrox racket is built with the long-awaited new technology from Yonex, the Rotational Generator System.

Rotational Generator System helps you to lead the attack with increased power and control. This happens when the racket has the ability to return itself to neutral position after smashing, causing less vibration and produces steeper smash attacks.

First of all, these rackets are specially manufactured with beginner to intermediate players in mind.

Anyone could own a beautifully designed rackets that look similar in cosmetics to the highend rackets Astrox 99, Astrox 88D and Astrox 88S. Besides that, they are built with the same technology Rotational Generator System too.

Yonex Astrox 68D, Astrox 68S & Astrox 69 are made in Taiwan and they resemble the cosmetics/designs of Astrox 88D, Astrox 88S and Astrox 99 respectively.

Yonex Astrox 38D, Astrox 38S & Astrox 39 are made in China and they resemble the cosmetics/designs of Astrox 88D, Astrox 88S and Astrox 99 respectively.

Well, you must be wondering if the rackets carry the same technical specifications as the highend rackets, and you know what we were too!
Here’s what you need to compare each.

Yonex has so far been able to cater for all walks of players and this time its ability to produce the Astrox series with everyone in mind, that’s truly an amazing deal.

Get your genuine products only from authorised dealers like Badminton Bay. Rest assured, you’ll get what you paid for.

Other TOP Related Posts that may interest you: